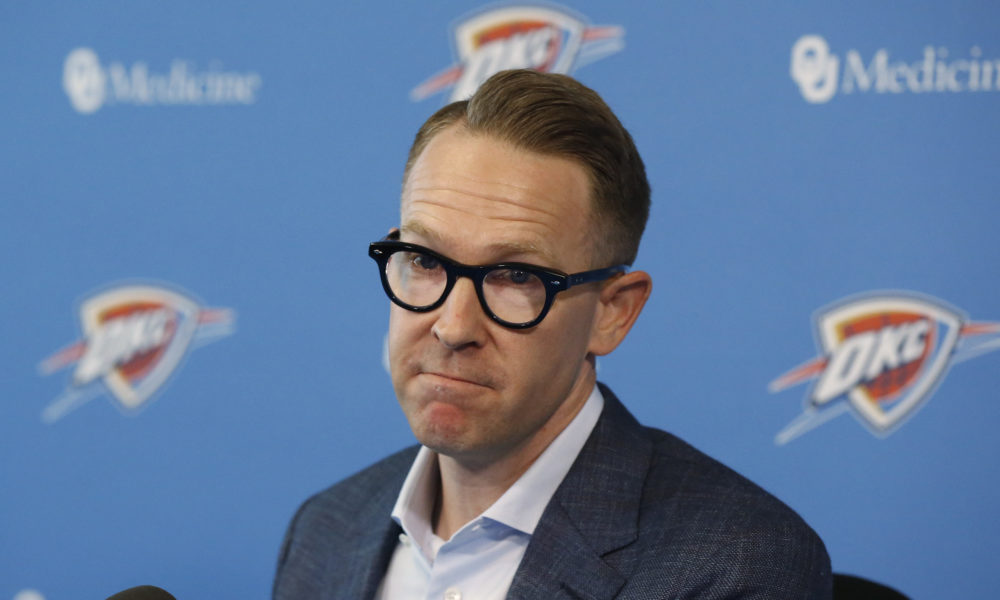 While Oklahoma City’s No. 2 pick is receiving the most attention, OKC has three other picks in the upcoming draft.

In the second round the Thunder have the 30th and 34th pick, which they could package for a higher pick.

If Sam Presti decides to keep all of OKC’s draft picks here are the top options for the 34th pick in the 2022 draft.

Wendell Moore Jr. was a strong ball-handler for the Blue Devils finishing last season with 4.6 assists and two turnovers per game.

Not that Oklahoma City is searching for a superior playmaker with facilitators like Josh Giddey and Shai Gilgeous-Alexander.

Although it’s never a bad idea to add a smart passer to the squad, especially one thats good at initiating the pick-and-roll.

Defensively, Moore is diligent. He displayed solid off-ball movement and holds a sturdy frame to handle contact. Having a seven-foot wingspan definitely came in handy and allowed Moore to snatch 1.4 steals per game.

Picking a player with a strong defensive IQ would be a culture fit for OKC at pick 34.

On paper at 6-foot-10, Leonard Miller stands as the perfect modern wing.

Has a promising natural touch to the basketball and imposes his will on smaller guards with his length around the rim.

Displays raw talent but lacks finesse in his movements, defense, and shooting.

Miller does show flashes of fluidity with the ball that adds to his intriguing potential, but his game overall needs to improve to compete in the NBA.

Yet, it would not hurt to add another Canadian to the mix seeing how well Lu Dort and Gilgeous-Alexander have built their chemistry.

His raw athleticism and talent makes Miller a prime pick by Presti in the second round.

David Roddy utilizes his quick first step to explode to the basket. Holding a wide frame he proved he can score through contact and finish with either hand at the rim.

He is not just effective near the bucket though, Roddy also hits pull-ups and midrange shots.

Proving he could score at all three levels at Colorado State, Roddy scored 19.5 points per game and shot 46 percent from deep.

Knowing his spacing, Roddy averaged 7.6 rebounds per game. Those spacing instincts translated onto the defensive end.

Roddy looked solid defending the perimeter and displayed excellent interior defending. Although considering he’s 6-foot-6, he won’t be asked to defend the interior much if at all.

But someone with his basketball IQ and shooting efficiency should be a good addition from the second round.

Meet Franchise OK Thunder Draft Prospect Of The Day: Duke’s ACC All Freshman Trevor Keels Who Can’t Wait To Play Against Kevin Durant
Who Might the Thunder Draft at No. 30?