Thunder Preview: Timberwolves back in OKC 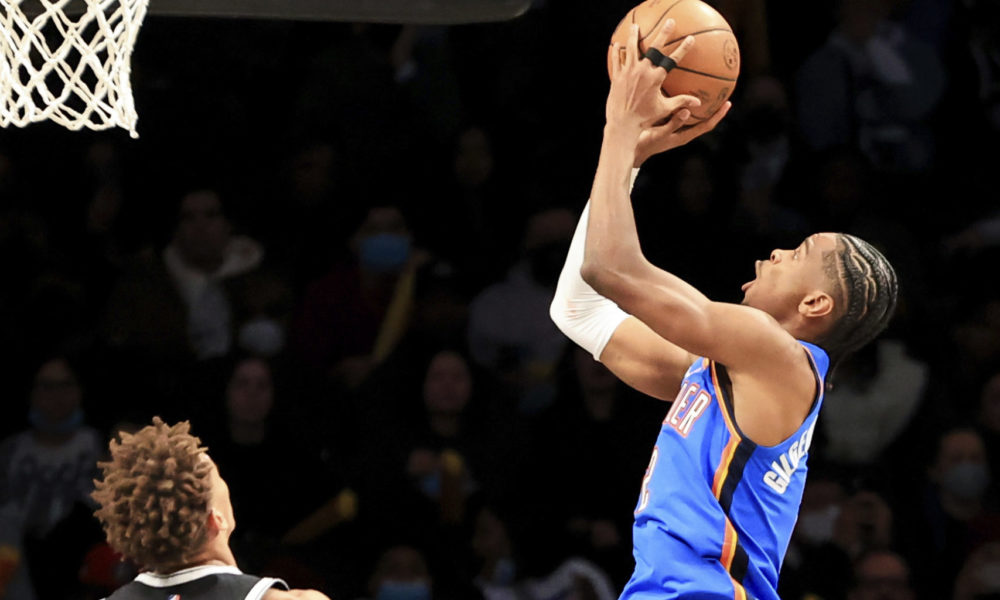 Thunder Preview: Timberwolves back in OKC

The Timberwolves are traveling to Oklahoma City to face the Thunder for the third time this season.

Minnesota is 2-0 against OKC this season and are on a two game win streak. The Thunder is coming off an impressive win against the Nuggets, despite having six players out due to injuries.

Karl Anthony-Towns is the biggest threat on the Timberwolves and since winning the 3-point contest at All-Star Weekend has been on a high. In his last four games, Anthony-Towns has averaged 25 points a game at 51 percent clip. He dominantly led all scorers against Golden State with 39 points.

Minnesota’s defense has proven to be quite a challenge to overcome. Forcing opposing teams to a 16 turnover ratio, the T-Wolves are second in the league. Not only do they wreck havoc defensively but Minnesota makes teams pay on the offensive end.

Against Cleveland the Timberwolves forced 22 turnovers and converted those turnovers into 21 points. Similarly in their triumph over Golden State, the Warriors allowed 17 turnovers where Minnesota scored 19 points. Keeping the turnovers to a minimum will be key for the Thunder.

Coming off his injury, Shai Gilgeous-Alexander looks better than before. Since returning, he has been averaging 33 points and it’s been done efficiently. Gilgeous-Alexander is shooting 57 percent from the field and in last two games has shot 80 percent from deep. As he’s always been assertive in driving to the bucket, adding consistent perimeter shooting has transformed him into a lethal weapon for the Thunder.

“You know, obviously teams are coming out here and trying to game plan and scheme for him. Tonight was no different and he understands the nature of a 48 minute game and I thought he was outstanding,” Thunder Head Coach Mark Daigneault on Gilgeous-Alexander following their triumph over Denver.

It’s notable that the Timberwolves and the Thunder rank similarly in points made in the paint. Oklahoma City averages 46 points in paint while Minnesota averages 47. Whoever is more dominant in the lane will be a key to the game.