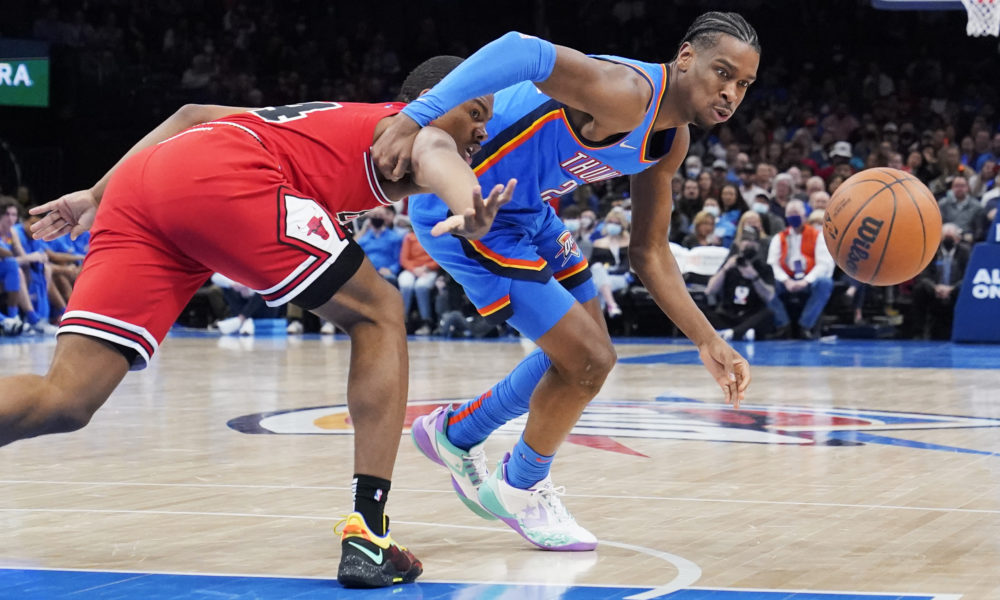 The Thunder wrap up the week with the Jazz coming into town.

Utah has nine of their last eleven games but are coming off a loss to the Pelicans.

Battle of the Boards

Both Utah and Oklahoma City rank among the top in the league in grabbing rebounds. The Jazz have been very aggressive on the boards ranking fourth among NBA teams and second in rebound percentage, securing 52 percent. The Thunder are not far behind by ranking sixth in the league by snatching 46 rebounds per game. Whichever team controls the boards will likely control the game.

Donovan Mitchell and Rudy Gobert have been terrorizing the league. Mitchell has been assertive offensively by averaging 25.9 points per game, making him ninth among the league in scoring.

While Gobert is not as prominent in scoring, he asserts his dominance in the lane. Gobert leads the NBA in rebounds by averaging 14.8 per game. Yet the past two games, Gobert has looked quite impressive averaging 18.5 points off an insane 88.9 percent from the field. If both players have their way, they will be a lot for Oklahoma City to handle.

The Thunder recently held the longest active streak in the NBA of keeping opposing team to under 40 percent from three. Even though that streak ended against the Timberwolves, OKC’s defense remains one of the best in NBA. Currently ranking tenth in the league in overall defense, The Thunder hang their hat on their tenacious defense.

Notable: The Jazz are very efficient from the field as they make 47 percent of their shots. When adding their efficiency from the perimeter, Utah leads the league in offensive rating with 115.8 points per game. The Thunder’s quick defense will need to be on full display tonight.