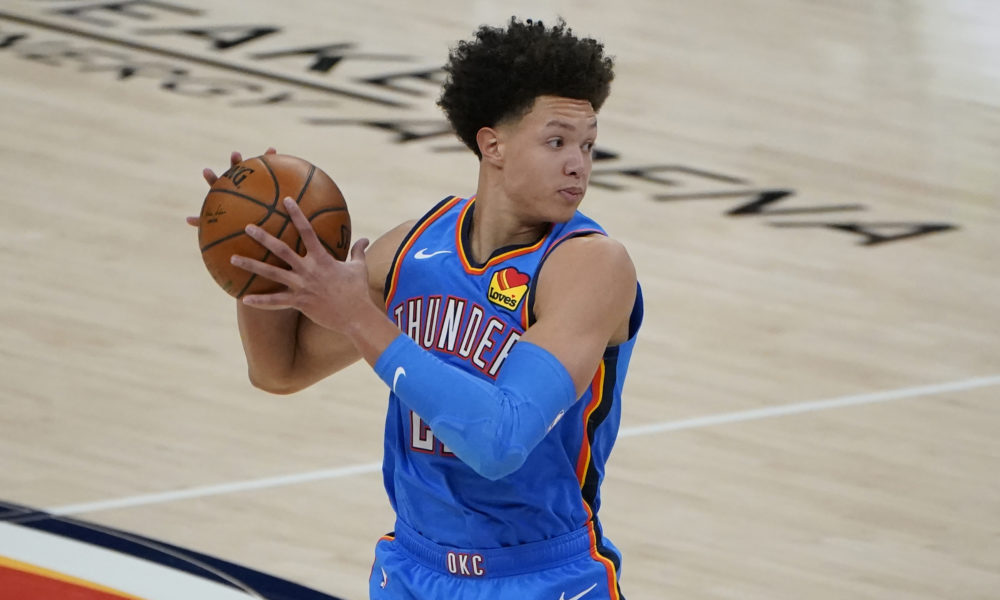 Oklahoma City is coming off an impressive win against the Phoenix Suns.

Portland is currently on a seven game losing streak and is looking forward to the possibility of revenge against the Thunder.

It was Isaiah Roby though that was the deciding factor in this game by sinking a buzzer beater three to win the game. He ended the night with eight rebounds, led all scorers with 30 points and shot four-of-five from deep.

Despite Oklahoma City’s key defenders still out due to injury, this defense has held strong. The Thunder have held opponents to  111 points per game and recently held the hot Phoenix Suns to a mere 96.

It will be imperative that OKC stays locked in defensively against the Trail Blazers.

Two big men for the Thunder have been quite dominant as of late.

Olivier Sarr has been aggressive in and outside the paint. Against Phoenix, Sarr shot 9-of-12 from the field and five-of-six from deep to finish with 24 points.

Recording his first career triple-double, Aleksej Pokusevski has been finding his offensive flow. Snatching 10 rebounds, conjuring 12 assists and totaling 17 points Pokusevski could not be contained.

It will be difficult for Portland to limit the impact of these lengthy players.

Notable: This will the Thunder’s final game in Paycom center this season.

“It goes by fast,” Thunder Head Coach Mark Daigneault said. “Obviously we’re towards the bottom of the standings because of where we’re at in our cycle, but I don’t think that’s impacted our fans engagement, optimism, enthusiasm, we felt that every which direction, including home games, and so we’re certainly grateful for them being in this with us and helping us build this with them and so excited to go out there one more time tomorrow.”