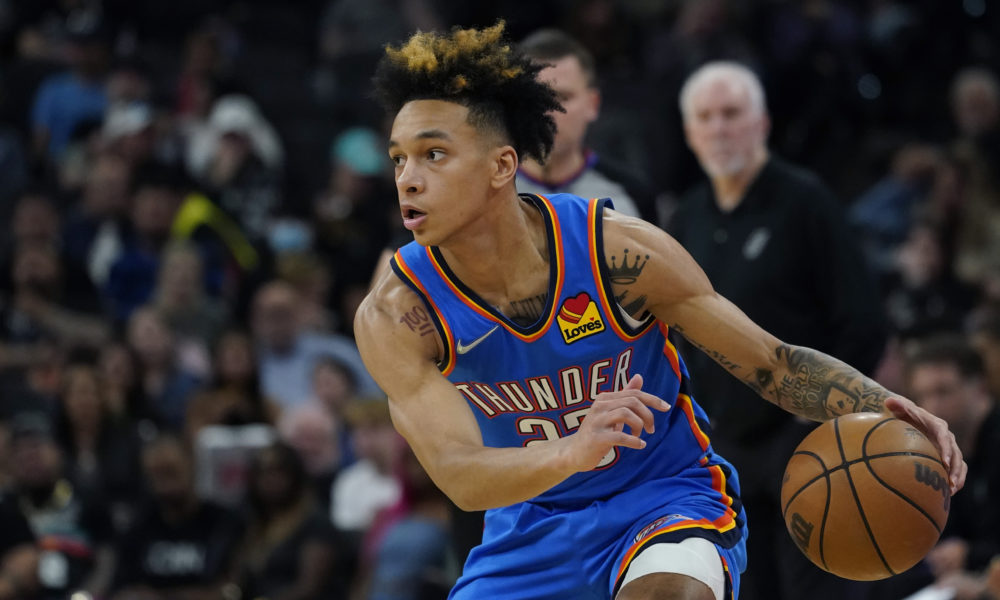 Known for his triples at Florida, Tre Mann spent the beginning of his rookie season getting comfortable from NBA range.

Despite being classified a sharp shooter from deep, Mann did not attempt as many three’s as one would expect. In fact, Thunder Head Coach Mark Daigneault admitted that he gave Mann the ultimate green light when it came to shooting.

It took awhile for Mann’s confidence to grow since he only attempted one-to-three triples a game during the month of December.

Though as the season progressed Mann’s confidence rose. He ended the season averaging three-to-seven attempts per game and shot 36 percent from the perimeter. As he got more comfortable with catch and shoot threes, Mann developed a nasty step back that left many players in the dust.

This additional move from behind the arc made Mann a true threat from deep. Becoming more at ease with the NBA’s rhythm, Mann began shooting from all three levels. Surely taking after teammate Shai Gilgeous-Alexander, Mann started penetrating the lane to finish buckets at the rim. He did not merely get to the basket, Mann soared to the rim. Mann was dunking over NBA stars despite being listed as six-foot-three. He continuously pulled tricks out from his sleeve.

Once Gilgeous-Alexander became injured, Mann was given more opportunities to score. During this time he really turned up the heat.

His most impressive night came in March, where he became the first rookie to sink seven straight triples. Scoring 23 points in the second quarter alone, Mann scorched the floor and finished with a career high of 35 points.

By the end of the season, Mann developed into a completely different player. Once unsure of his abilities, Mann became a true offensive threat, which is why his grade averages to a B-

When factoring in how Mann finished the season, his improvements made during this off-season will be exciting to witness come training camp.

Thunder Grades: Shai Gilgeous-Alexander
Mark Daigneault; Is He A Place Holder Or Thunder Coach Of The Future?