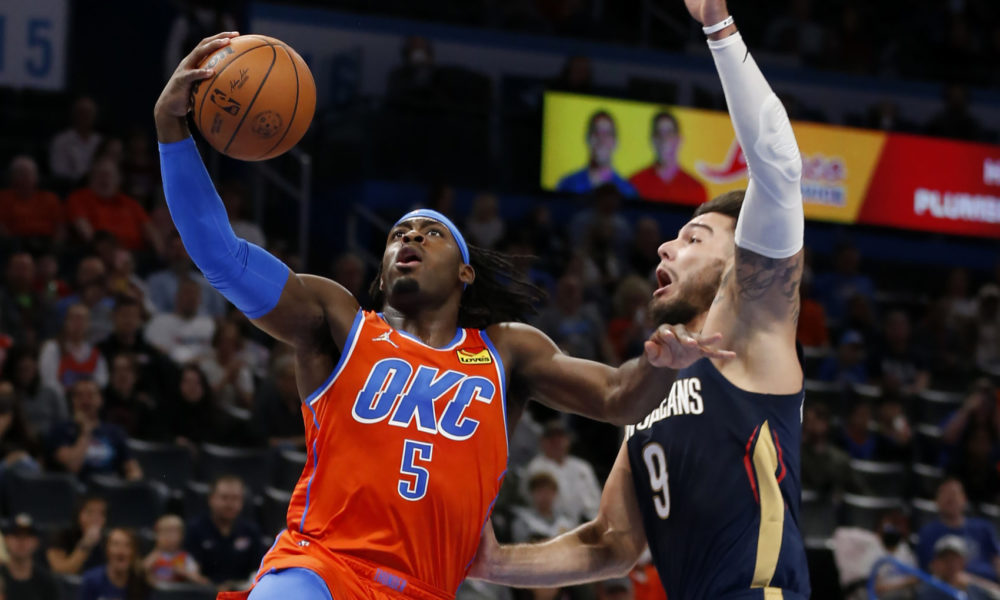 Lu Dort has become the strongest defender on the Thunder’s roster.

His defensive strengths include keeping guards in front of him, moving laterally on the perimeter and his help side rotations.

Consistently locking down the best guards in the league, Dort has proven he’s a defensive master.

Although his offensive skill set is not as strong, he’s improved steadily every season.

Although Dort has become more productive on offense, his efficiency from the field is still not where it needs to be.

Dort is currently shooting 40 percent from the field which is slightly better than his previous season.

Dort is continuing to develop his offensive skill set so that it can match his defensive tenacity.

While being an elite defender does hold its weight on this squad, Dort does need to increase his offensive productivity.