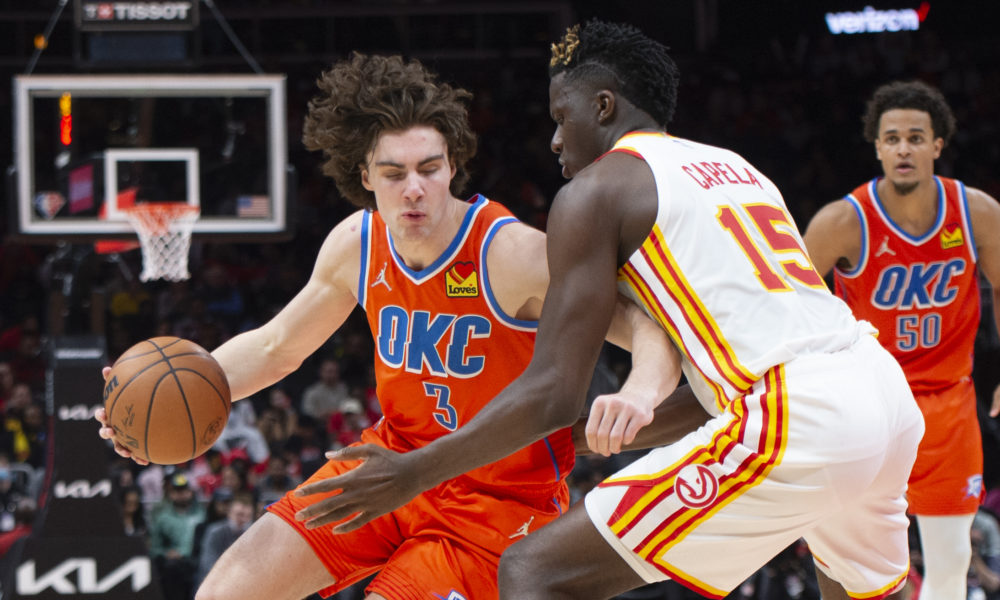 Although come his first contest in Oklahoma City, Giddey proved he was ready to step into the NBA. Not only could he compete, he was in the starting lineup going head to head with the NBA’s best.

Giddey impressed everyone with his advanced basketball IQ and eye of the floor. He began threading the savviest of passes and zipped the ball wherever he wished. Standing at six-foot-eight it made sense that Giddey had quick offensive reads as he could usually see over opposing defenses.

He’s not just a static distributor though, Giddey drove to the lane and found his teammates on cuts or kicked it out for an open triple.

Using his length to his advantage, Giddey crashed the boards. Surprising many with his hops Giddey became a major rebounding contributor for OKC.

January 2nd will go down in infamy as Josh Giddey recorded 13 rebounds, 14 assists and 17 points making him the youngest player in NBA history to record a triple-double.

Recording three more triple-doubles following that performance, Giddey was becoming a force to be reckoned with.

As a primary creator, Giddey ranks among the top of the NBA. Yet when it comes to sinking threes, there’s some work to be done.

Giddey averaged 25 percent from the perimeter this season. Factoring in that he was taking four attempts or less, improvement must be made.

Defenses will find him impossible to guard instead of sagging off him knowing he will likely pass or drive due to his inefficiency from behind the arc.

Speaking of defense, Giddey’s inexperience was evident. When he was late to make reads his freshness to the NBA’s style showed. Getting beat off the dribble and falling out of rotation allowed for open threes and easy access to the bucket on Giddey’s watch. Yet, he did improve defensively as the season progressed.

Ultimately, Giddey was heads and tails ahead of anyone’s expectations.

He earned Western Conference rookie of the month for four consecutive months and likely would have gotten a fifth award if he did not incur an injury.

Cementing himself in NBA history this young in his career is a great sign for the Thunder.

Now if Giddey becomes more efficient from beyond the arc well then theres no chance in stopping this Aussie.