Thunder Grades: Cool for the Summer 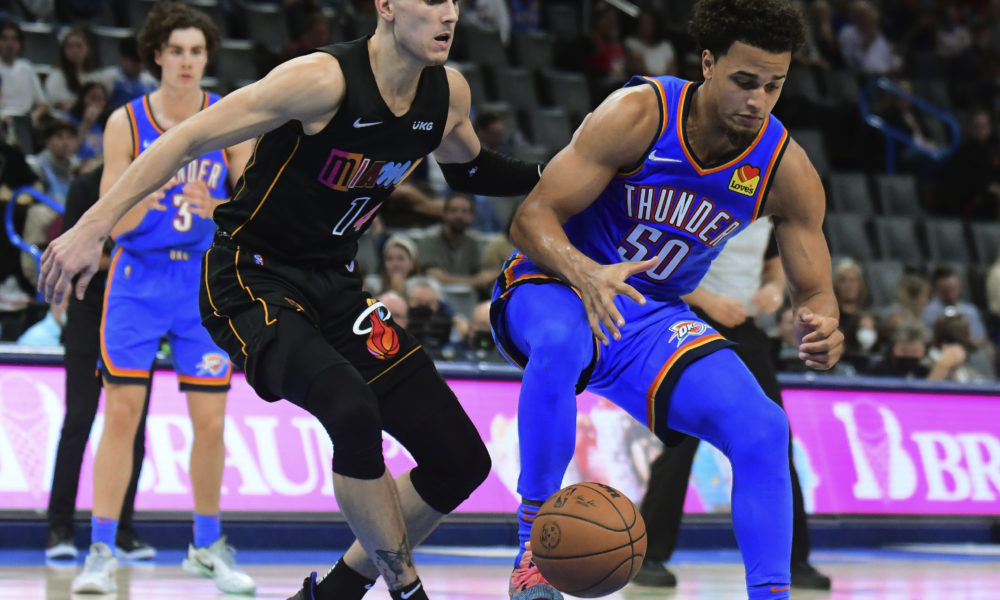 Thunder Grades: Cool for the Summer

Beginning the season on a two-way contract, expectations were low for Aaron Wiggins. Despite his contract’s implications he worked his way into the main rotation.

Wiggins is a very versatile player that can guard multiple positions. Although he’s not the savviest scorer Wiggins does push the pace in transition.

Being so versatile can be a strength because Wiggins can fit into various lineups, but at times theres a downside. Since Wiggins is a swiss army knife of sorts, its difficult to pinpoint an elite skill of his.

He gives the Thunder solid minutes but, apart from a few out-brake games, leaves you wanting more.

This summer will be huge for him to focus on improving his skill set to make more of a visible impact.

Due to the Thunder’s undersized lineup, Jeremiah Robinson-Earl became a starter by playing at the five.

Clearly a position he was uncomfortable in, Robinson-Earl needed some time to adjust both offensively and defensively.

Lacking traditional post moves and being undersized for the position in OKC’s lineup did not help Robinson-Earl. He was hardly ever aggressive in the paint and shot inefficiently from the perimeter.

After incurring an injury, Robinson-Earl was out for the majority of the season. When he was healthy enough to play, Robinson-Earl played more as a guard and looked much more comfortable.

Robinson-Earl ended the season on a high note, leaving many people intrigued by how he develops this summer.

Darius Bazley had a rocky start to the season by giving inconsistent performances.

After scoring below 10 points each game for a 12 game stretch, Thunder Head Coach Mark Daigneault made the executive decision to remove Bazley from the starting lineup.

Some players might allow this blow to their self-confidence to affect their games, but Bazley took a different approach.

Coming off the bench helped Bazley find new motivation to prove just what he is capable of.

What’s more impressive is he became more efficient while taking more shots. Once averaging 3.4-6.9 attempts per game, by the end of the season Bazley was averaging 5.6-11.2 shots per game and shooting at a 50 percent clip from the field.

He also began taking more responsibility on the defensive end by guarding tougher covers. While he was not the most skilled, he made large strides in this area of the floor.

Bazley developed on both ends to the court this season but still has a way to go before he reaches his ceiling.