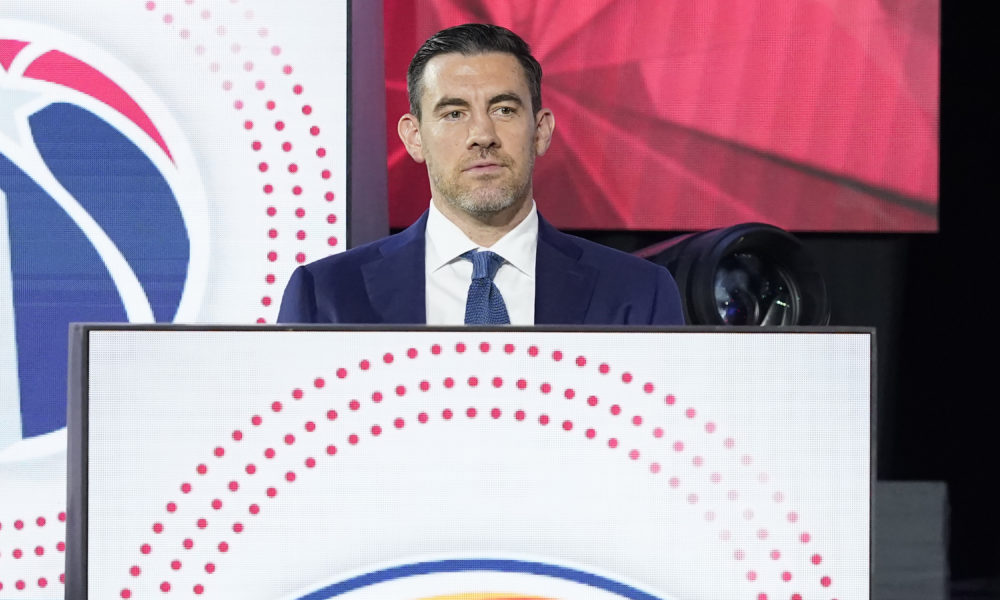 Chicago, IL – The ping pong balls have all been picked out and after months of development and a month of anticipation, we finally know where the Thunder will be picking (if they don’t trade the picks).

The NBA Draft Lottery was tonight and assistant commissioner Mark Tatum announced where each team in the lottery would be picking in the draft that’s a little over a month away. No matter what, the Thunder were going to land two lottery picks via their own and the one of the picks they received in the Paul George trade.

Before any ping pong balls were selected, the most likely landing spots for the Thunder were at 6 (via their own pick) and 12 (via the Clippers pick). That’s not where they want to be though. The fans and franchise wanted to have one of those picks land in the top 3 so they could draft one of the premiere big men in this year’s draft, Paolo Banchero, Jabari Smith Jr., or Chet Holmgren.

It was going to take some luck because it’s quite literally a lottery and completely unpredictable.

And it’s luck they got.

In the 2022 NBA Draft, they will be picking 12th pick but the real prize is the them receiving the 2nd pick in the draft. This will technically be the highest pick in Thunder history since Kevin Durant was technically drafted by the Sonics.

It was Nick Collison who brought them a little luck and “helped” bring in the 2nd pick. He was excited for the franchise and fans and knows what it means for the team.

🚨🚨Nick Collison’s reaction on being lucky for the Thunder and “helping” them get the 2nd pick in the draft. Also asked about the statue he was promised. 🚨🚨 pic.twitter.com/hRQjPETVfs

https://platform.twitter.com/widgets.js
Thunder fans were also extremely excited because this changes the projection of their franchise immediately. They will get to pick one of the three prizes to pair with Shai Gilgeous-Alexander and Josh Giddey.

This gives them something to root for immediately and will bring instant energy into the Paycom Center.

Now onto figuring out who to pick. It seems like they can’t get this wrong since Smith, Banchero, and Holmgren are all worthy of being the 1st pick. Not a bad problem to have though.

Mark Daigneault; Is He A Place Holder Or Thunder Coach Of The Future?
Meet Franchise OK Thunder Draft Prospect Of The Day: Baylor’s Jeremy Sochan Who Thinks He Would Be Top 5 In The NBA When It Comes To Fashion