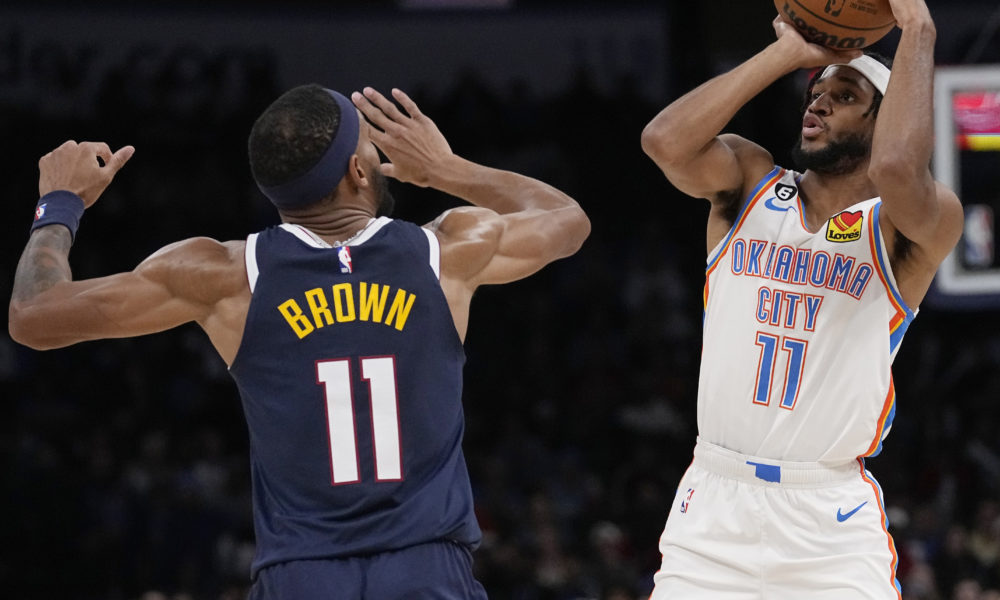 Oklahoma City – The Thunder welcomed the Nuggets into Paycom Center for a night before Thanksgiving Day game and looked to get back in the win column after a couple of lack luster defensive nights lately.

Their defense has been the talk of the town lately because they’ve given up more than 110 in 8 straight games and they know that they’re better than that but it hasn’t shown at all. The players and coaches acknowledged the fact that they needed to play better on the defensive end and said they would against the Nuggets.

That didn’t happen to start the game.

Then the Thunder remembered how to play offense and a little defense which allowed them to make it game before the first half was up but they still needed to play some kind of defense if they were going to win the game. Although they still gave up 31 in the second, they scored 42 and finished the half really well and it carried over into the start of the third quarter which sparked a phenomenal quarter on both ends of the floor.

Here are the reasons for the Thunder loss:

So..Are the Thunder Just Not Going To Play Any Defense?

There aren’t three reasons tonight because the only reason they lost this game is because of their piss poor defense. Plain and simple.

Their offense was great once again tonight. They got a great spark and some great contributions off the bench. Their star, Shai Gilgeous-Alexander, was a star. The starters were very solid. But the defense was bad.

They have scored enough points to win the last 9 games and could have easily been on a 9 game win streak but they haven’t played any kind of defense. They have been giving effort so that is a positive but that isn’t enough right now. They have the talent and ability to be a great defensive team and we’ve seen it before so they just need to get back to it.

They will look to end their three game losing streak and get back in the win column Friday night when they welcome the Bulls for the first time this season. 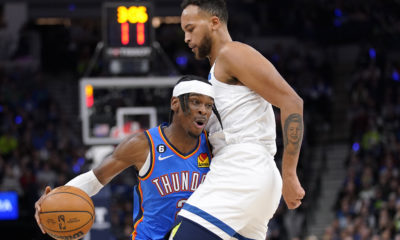