The Thunder Select Chet Holmgren with the Second Overall Pick 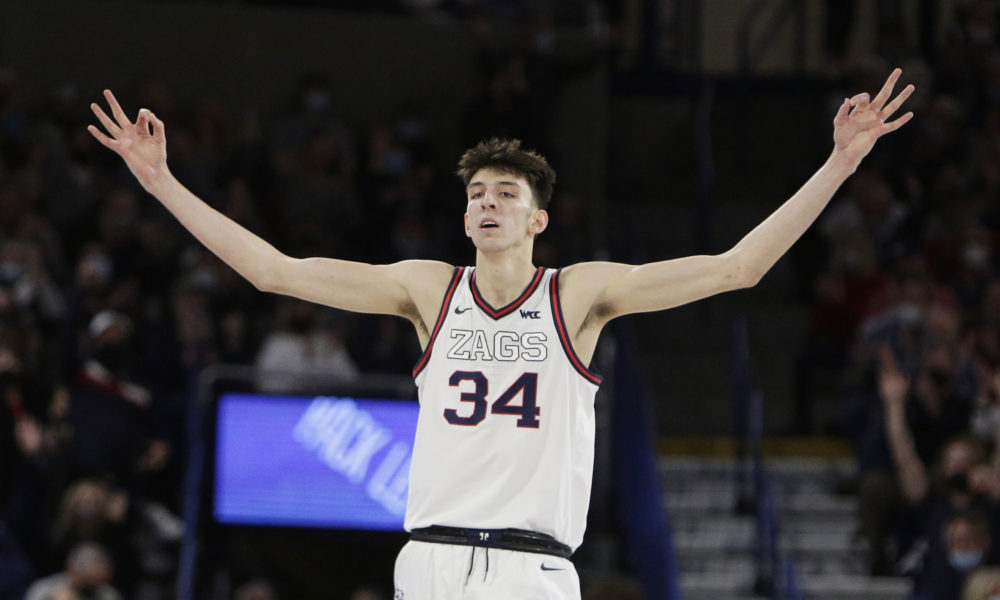 The Thunder Select Chet Holmgren with the Second Overall Pick

With the second overall pick in the 2022 NBA draft the Thunder select Gonzaga’s Chet Holmgren.

Only 20 years old, Holmgren has high upside and untapped potential. Holmgren is an elite ambidextrous rim protector that averaged 3.6 blocks per game while playing for the Bulldogs. Standing at seven-foot with a seven-foot-six wingspan, Holmgren’s frame provides various possibilities.

In many instances, Holmgren uses his length to his advantage. On offense he’s proven to be efficient on the perimeter by shooting 41 percent from behind the arc. His comfortability is not just applied to his shot chart. Holmgren is capable of beating guards off the dribble by taking up so much space with his moves.

Defensively, Holmgren is capable enough of moving laterally on the perimeter. At his length, this will prove very useful against NBA switching defenses. His abilities will also deter guards from driving to the basket and will most likely prevent them from attempting skip passes.

Although, his length does come at a price. Holmgren weighs 195 pounds which gives him a very lanky build. Even though he remains extremely coordinated for his length, he does not have the power or strength for traditional center moves. Holmgren also has trouble establishing himself in the paint and harbors for rebounds. Often getting pushed around underneath the basket, adding muscle to Holmgren will be essential.

Thunder Head Coach Mark Daigneault mentioned that he’s looking to play Jeremiah Robinson-Earl more at the four position. With Chet Holmgren now on the roster, it seems like Daigneault will get his wish.

See just how Holmgren fits in Oklahoma City in my previous article: