In a game sent to overtime, Oklahoma remained more poised down the stretch to beat the Cowboys 66-62.

Jacob Groves began the game on a tear, scoring the first three of the match. In back-to-back possessions Jacob Groves finished a craft layup and sunk another shot from the perimeter.

Making eight quick points, he led the Sooners on a 10-2 run.

The Cowboys became more aggressive on offense and went on a nine-zero run shortly after to bring Oklahoma State a one point lead.

Bringing back his timely three-point shooting, Uomja Gibson made a three when Oklahoma needed it most which sparked a 13-0 run.

The Sooners for once were on the winning side of the turnover battle by forcing the Cowboys to commit 9 turnovers during their 13-0 run.

Oklahoma only accumulated seven turnovers in the first half, while the Cowboys had 11.

Finally the Sooners were reaping the benefits of their strong defense.

Holding Oklahoma State to a season low of only 19 points in the first half, Oklahoma headed into halftime with a 29-19 lead.

The Sooners began the second half with the hot hand.

Bijan Cortes won back the basketball for the Sooners and hit Marvin Johnson in transition. He stormed the lane and made a midrange jumpshot at the buzzer. This sent the score to 46-33.

Both teams went through a dip in scoring. Oklahoma State and Oklahoma suffered from a four minute scoring drought.

During this time a key piece to Oklahoma’s offense, Jacob Groves, fouled out of the game. He finished with 10 points and went 2-4 from behind the arc.

Tanner Groves was the big man for the Sooners, by finishing a powerful layup to bring the score 48-35 with 5:49 left.

Just everyone was counting the Cowboys out they mustered all their might and began to chip back at the lead.

In the blink of an eye, Avery Anderson and Oklahoma State had decimated the Sooners lead to just two points.

The Cowboys pressed Oklahoma and Anderson went on a tirade to lead the team on a 13-4 run. Anderson led all scorers with 25 points on seven-of-15 shooting.

Isaac Likelele threw up a lob to Moussa Cisse who slammed it home to tie the game at 54-54.

“We tried to maintain that lead the whole second half. You don’t want that to slip away. It’s a great lesson,” Moser said.

With only 7.9 seconds left on the clock there was barely any time for the Sooners to get a shot up.

Yet Jordan Goldwire pushed the pace and pulled up for a mid-range jumpshot. The shot fell right into Tanner Groves hands and despite being inches from the rim he missed the put-back.

Moser said,”I thought our defense was good until the last four minutes of regulation and overtime.”

The game would be decided in overtime.

“I thought Mo and Jordan and Jalen Hill were just exhausted, absolutely exhausted, and for them to give us you know that kind of defensive effort for so long and being in high energy games like that takes it out of you,” Moser said.

Gibson with another timely triple made the crowd roar. Both teams began going shot for shot.

Even though Gibson missed the next three-point shot, Johnson bailed him out by making the put-back.

“I thought they stay with it and that’s what we needed,” Moser said. “We needed some confidence that we can turn it when something doesn’t go our way in these close games.”

Cisse committed a tough foul by going over Tanner Groves back attempting to grab a rebound. This sent Tanner Groves to the free throw line.

Tanner Groves finished two-of-two and Gibson made one-of-two from the charity stripe which gave the Sooners a two point lead with 31 seconds to go.

Putting the exclamation point on this contest was Johnson who made a last second steal that led to an athletic layup finishing the game 66-62.

“They just had pure joy on their face and relief on their face,” Moser said referring to the energy in the lockerroom following the match.

Oklahoma had four players in double digits including Goldwire and Gibson with 13, Tanner Groves with 14, and Johnson with 10.

The Sooners took back Bedlam in Norman and received a much needed victory.

Oklahoma will play West Virginia next in Morgantown on Tuesday at 6pm on ESPN2. 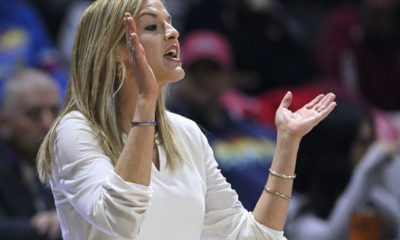 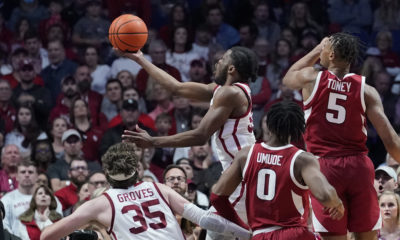 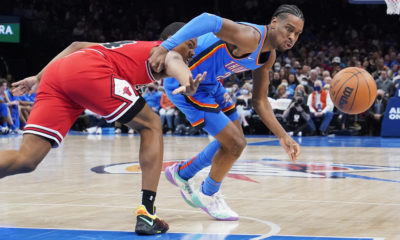