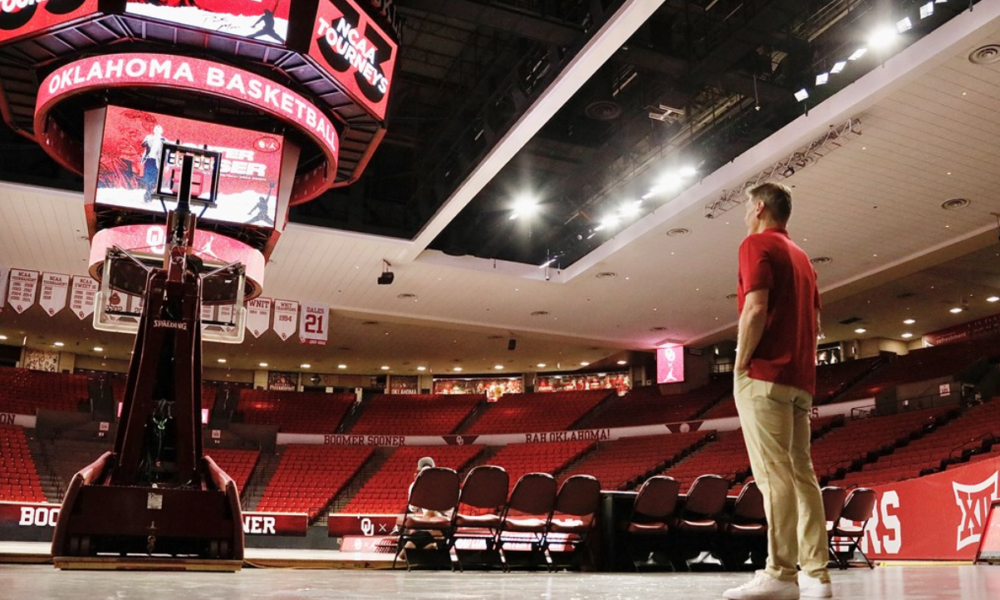 OU men's basketball is off to a 2-0 start under new coach Porter Moser. But it's the Sooners' style of play that's really turning heads.
Sooner Basketball’s New Look: ‘MoserBall’ has Arrived in Norman

With nine new players on their roster this season and a new coach on the sidelines at the Lloyd Noble Center, Sooner Basketball fans had plenty of questions entering the season.  After the first week of play in the regular season, many questions remain unanswered.

But even after just two games, one thing is certain: MoserBall is here.  New Sooners Head Coach Porter Moser has brought a coaching philosophy that might just bring a tear to the eyes of fans who yearn for the glory days of Heart, Hustle and Hardwood.

Under Moser’s leadership, Loyola-Chicago was a perennial tournament darling who reached both the Sweet 16 and Final 4 in separate seasons over the last 5 years.  But MoserBall is more than just about having success in March; in fact, it’s all about how the team plays the game.

Don’t believe everything Twitter tells you – Loyola’s success wasn’t actually because of Sister Jean, but rather their stifling defense.  Much like college football, great defenses travel, and they are vital to a deep tournament run come March.  Under Moser, Loyola-Chicago regularly shut down higher-ranked teams and blue-bloods stock-full of players destined for the NBA.

While their defense certainly got more attention, those Loyola teams could also put the ball in the basket.  Coach Moser stressed ball-movement, knowing it made then harder to guard when the opponent had to consider five players a threat to shoot on any given possession.  Fortunately for Sooner fans, in just the first 80 minutes of their season, OU has already shown promise of playing this way.  I’m talking, of course, about MoserBall.

How does holding an opponent to 10 points in a half sound?  Yes. In Basketball.  Moser’s squad did just that against UTSA last Friday night, after getting a visit from former Sooner legend Buddy Hield who was in town from Sacramento to square off against the Thunder.  No offense to Mr. Hield, but if I was guessing which former Sooner basketball player gave a pep-talk before the team held their opponent to just 10 points in a half, that included a 9-minute scoreless stretch, he would not have been my first guess.  Love ya Buddy!

In the season opening 77-59 win against Northwestern State, the versatile 6’6” Junior had the best game of his Sooner career.  With the Sooners only leading by 3 at the half, Hill provided OU with a spark in the second half scoring 12 of his 15 points after the intermission.  Hill also added 8 rebounds, 3 assists, 3 steals, and a block that he swiftly scooped up for a bucket himself.

The newcomer with the highest expectations is undoubtedly Tanner Groves.  Scoring 35 points against Kansas in the NCAA Tournament has that effect.  Through two games, the Eastern Washington transfer is averaging 18 points, 7 rebounds, 2 assists, and 1 block per game, while shooting a scorching hot 60% from the field and 40% from beyond the arc.  Groves’ play isn’t going unnoticed, as the Big 12 named him their first Newcomer of the Week.

The Sooners have traveled to Conway, South Carolina – the home of the Coastal Carolina Chanticleers, to play in the Myrtle Beach Invitational.  According to KenPom’s ranking database, OU is the most talented team in the tournament, but with so many newcomers, and this being the Sooners first time to play away from the Lloyd Noble Center, don’t be surprised if they are tested by a team whose name doesn’t exactly wow you.

Don’t get me wrong, there are definitely tournaments out there with a high overall quality of teams, after all OU is the only team in the field from a Power 5 conference.  But watch out for Davidson, Utah State, and New Mexico State – of the teams in Myrtle Beach this weekend not wearing Crimson and Cream, they have what it takes to make it to The Big Dance. 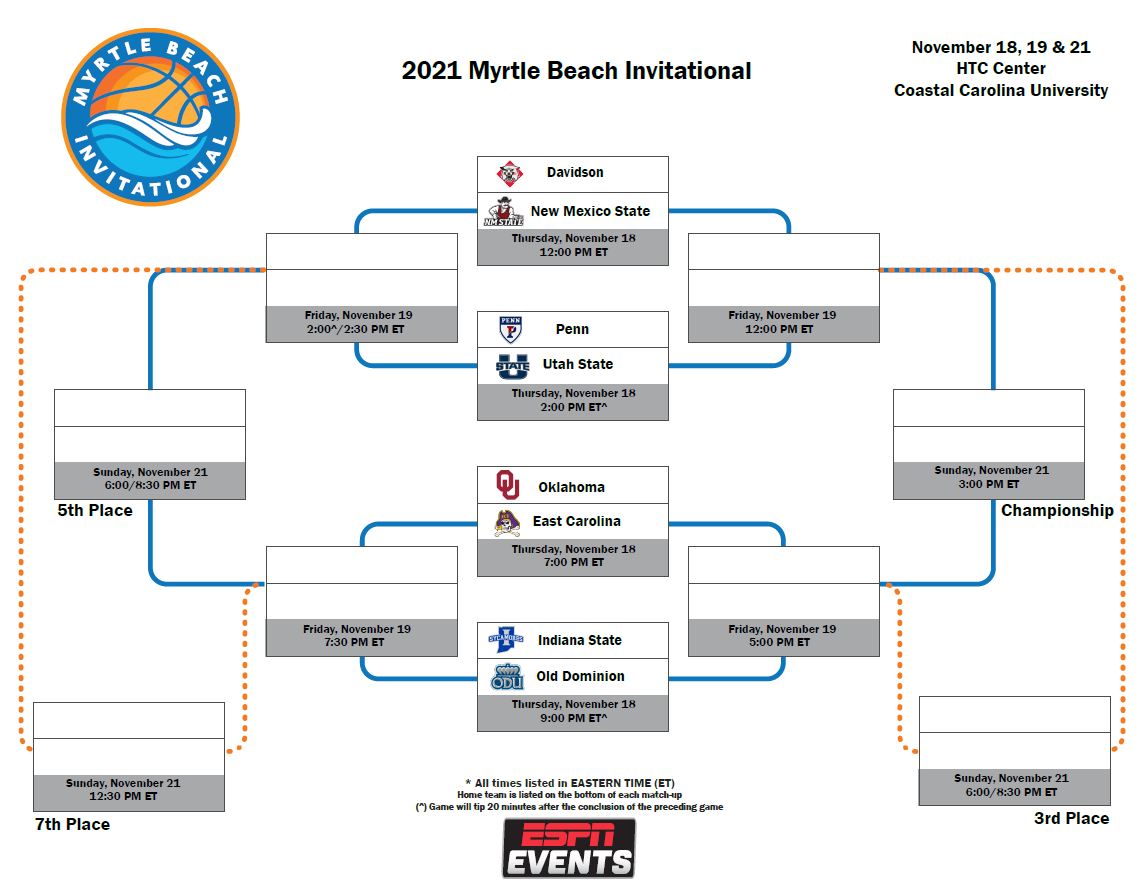 Oklahoma plays East Carolina tonight at 6:00 PM CST on ESPNU.  Every game of this tournament, except for the 7th place game, will be broadcast on either ESPNU or ESPN2. 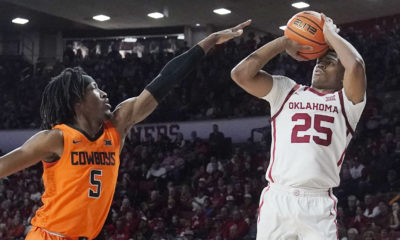 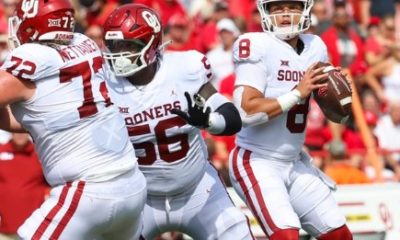 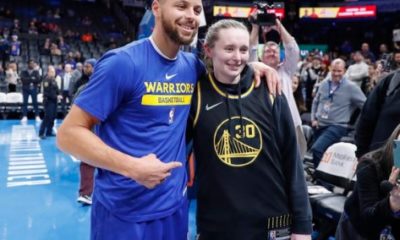 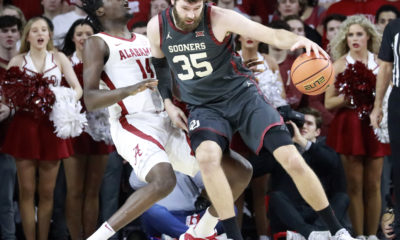 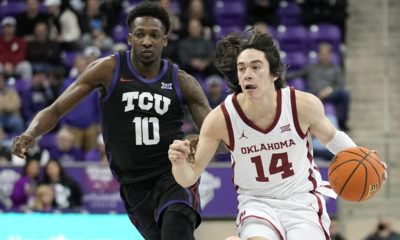