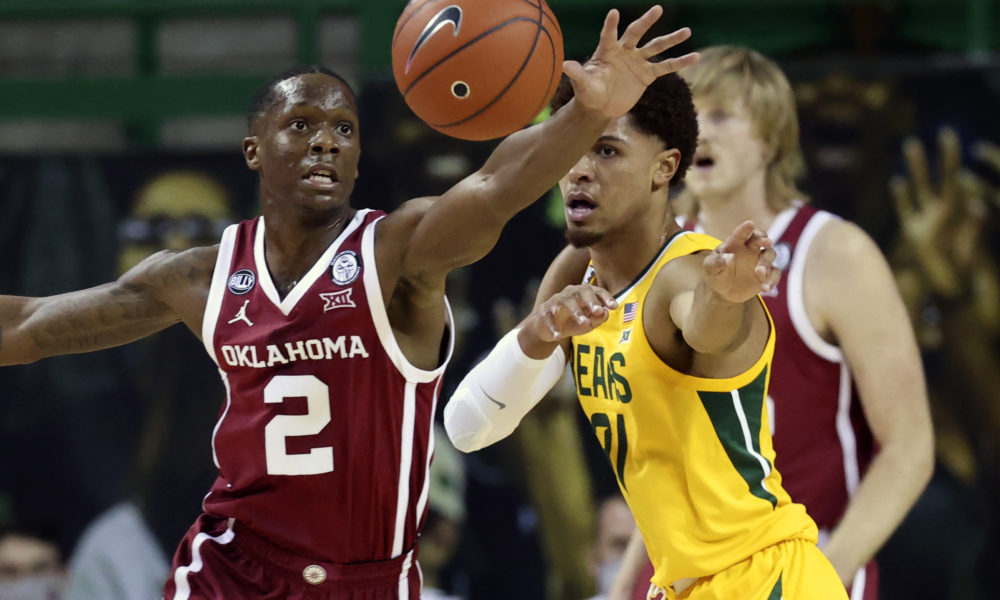 Baylor has never won the Big 12 Tournament and thanks to Oklahoma, that streak remains alive.

The Sooners overcome the Bears 72-67 in Kansas City.

Knowing it would take everything within them to beat Baylor, Oklahoma began the game storming on a 7-0 run.

Umoja Gibson ending that run giving Baylor a taste of their own medicine by finishing a layup high off the glass.

Continuing their hot streak, Jalen Hill caught an inbounds pass and assertively drove to the basket and extend the Sooners lead 17-10.

What kept Oklahoma competitive throughout this game was their efficiency from the perimeter. Finishing 52 percent from behind the arc, the Sooners were confident from downtown.

Whereas Oklahoma could not be hotter, Baylor was as cold as the snow falling in Kansas City only making three of their 22 attempts from deep.

After gaining a seven point lead, the Bears awakened from their hibernation and went on a 6-0 run. During this time the Sooners committed two turnovers, making the score 17-16. Baylor ended up forcing 11 turnovers by the end of the first half.

Sinking their first three-pointer with 1:47 left in the first, that was just what the Bears and gave them their first lead of the game.

Ending the half on a 12-2 run, Oklahoma knew they needed to do more than make shots from the perimeter if they wanted to outcome Baylor. The Sooners needed to clean up their turnovers.

Not only did they limit their turnovers to just five in the second half, but Jacob Groves came alive.

Dropping a shot from behind the arc, J. Groves tied the game 35-35.

After Jordan Goldwire forced a Baylor turnover, J. Groves snagged the steal and went coast to coast finishing the play with a dunk.

Sparking a 9-0 run for the Sooners, Hill remained aggressive. In consecutive plays Hill made two effective backdoor cuts then made a smooth layup to give himself six quick points.

Learning from their last three wins, Oklahoma remained poised down the stretch. Breaking the press that Baylor imposed, the Sooners stayed in control.

Hill really came in clutch with a crucial defensive rebound which kept Oklahoma ahead by three points. On the following possession, Hill snatched a steal once again regaining the possession for the Sooners.

Understanding that rebounds would be key in this game, Oklahoma were strong on the boards. The Sooners out-rebounded the Bears on the defensive end 30-22.

This took away one of Baylor’s assets, capitalizing on second chance points.

Once Gibson finished a powerful layup and converted the and-one opportunity, Oklahoma had a two possession lead with 48 seconds left.

Making free throws down the stretch, the Sooners held onto their lead and beat the Bears 72-67.

Oklahoma had five players score in double figures. Goldwire and Hill both totaled ten points while Marvin Johnson finished with 12 and Gibson had 14.

Finally, Jacob Groves led all the Sooners with 15 on an efficient three-of-five from the perimeter and 71 percent from the field.

Oklahoma will face the winner of Iowa State vs Texas Tech tomorrow at 8:30 on ESPN. 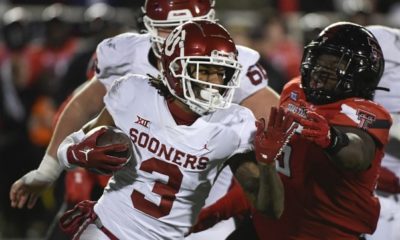 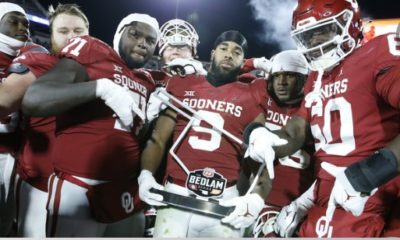 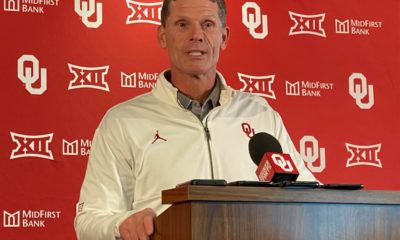 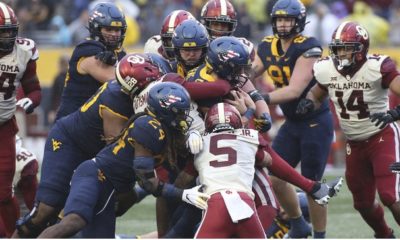