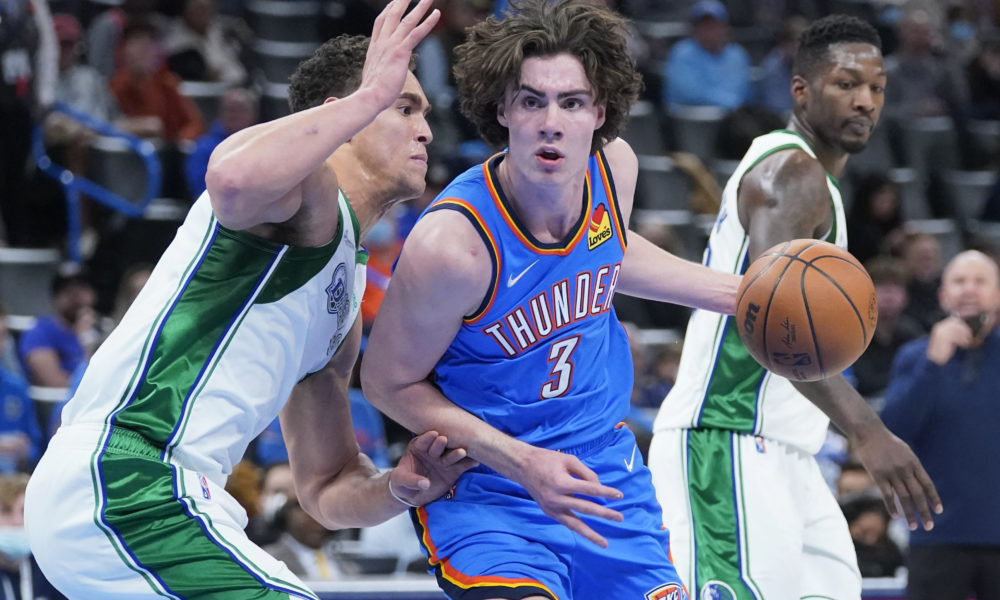 Oklahoma City – The Thunder hosted the Mavericks in their first game of 2022 and looked to
start the new year the same way they ended 2021, with a W.
The last time the Thunder saw this team they were missing their best player Allstar Luka Doncic
and he returned to the court tonight for the first time in about three weeks. It was going to be a
little tough for the Thunder though because they were missing Shai Gilgeous-Alexander due to
being in covid protocols along with Tre Mann, Jeremiah Robinson Earl, and Darius Bazley and
were also missing Lu Dort due to injury.
Thankfully, they got back Rookie of the Year candidate Josh Giddey from covid protocols after
he missed the last three games.
Coming into the game, it was given the offense was going to look a little sluggish given they
were missing five of their top seven scorers. Surprisingly though, it didn’t look as bad as anyone
would think. The player and ball movement was good for most of the night minus a few minutes
in the second quarter and they didn’t shoot the ball horribly. Really just didn’t have enough
scoring to match the Mavericks because their defense was spectacular. Especially on Luka.
Aaron Wiggins got that assignment and he did a fantastic job on him making his night extremely
harder. There aren’t many guys who have defended him better than what Aaron did tonight.
That’s not the story of the night though. It’s all about Josh Giddey. The rookie became the
youngest player in NBA history to record a triple double. At the age of 19 years and 84 days, he
passes LaMelo Ball to become the youngest with the stat line of 17 points, 14 assists, and 13
rebounds. Giddey only cares about getting a win and that has been consistent all year, but it is a
really remarkable accomplishment.
You think about all the great NBA players that have came through the league and none have
done it at a younger age than him. He, the Thunder organization, and Thunder fans should be
extremely proud about the accomplishment. It’s a great sign of how special he can be with more
time in the league.
They did lose the game though despite a 4th quarter rally.
Click the link to see the reasons they won:

Josh Giddey’s Historic Triple Double Not Enough To Lift The #ThunderUp Past The Mavericks; Here Are The 3 Reasons They Weren’t Able To Win 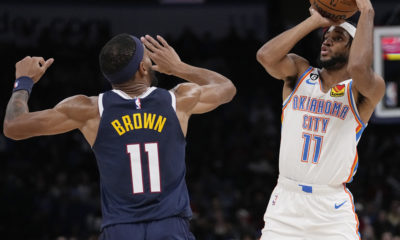