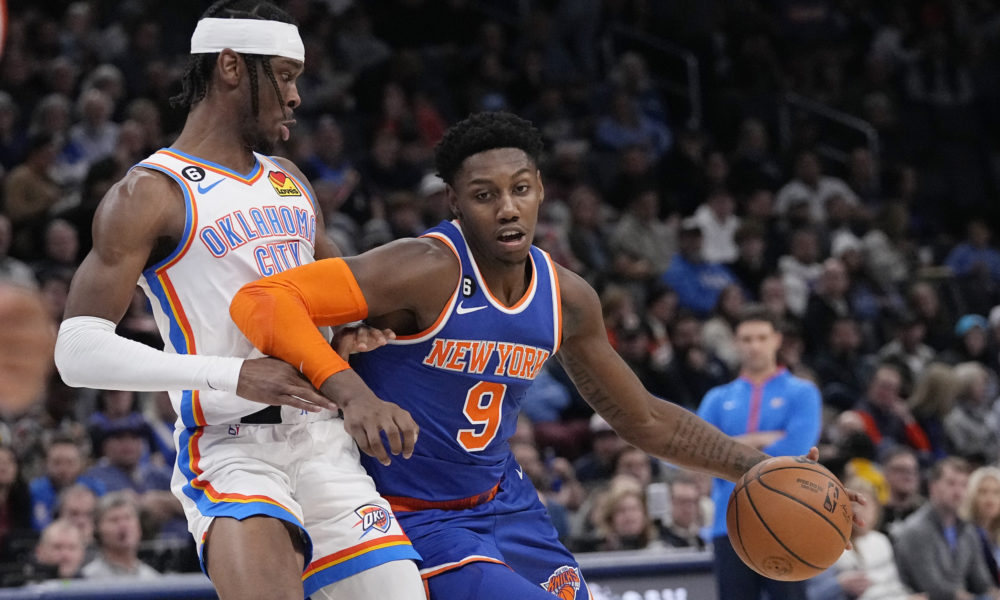 Oklahoma City – The Thunder were back home tonight after a four game road trip where they split the four games so it was a successful trip.

They welcomed the Knicks who were on the second night of a back to back and both teams looked to get back into the win column.

On paper, most people would think the Knicks came into the game as the better team but that really isn’t the case. The Knicks came in with a bottom 10 offense and defense while the Thunder are hovering around the middle of the pack in both categories. The game still has to be played though.

To start, the Knicks showed why they were a bottom 10 defense because the Thunder were very comfortable scoring 34 in the first quarter and shooting over 60% form the floor. The problem was, the Thunder defense was worse because they allowed 38 points and the Knicks also shot over 60% so one of them were going to have to play some defense at some point.

Thunder let the Knicks get to their spots all night and didn’t play with any kind of physicality. When a team is comfortable all night it’s like they’re throwing the ball into the ocean and that’s what it was for the Knicks. Thunder didn’t put any pressure on them at all.

Thunder kept the game close the whole time but never got full control of the game and that led to a 125-114 Knicks win.

Here the 3 reasons for the loss:

Plain and simple, the Thunder were too soft tonight. There is no other way to put it. The Knicks got to their spots very easy all night long and the Thunder didn’t really seem to try to do anything to stop them from getting there.

They played with a sense of comfortability from the tip and that continued all night. As mentioned before, when a team is comfortable they’re seeing the ocean and nothing the other team does matters. The Thunder would go on a run to get back into the game but it didn’t really matter because of how comfortable the Knicks were to easily end the run.

Physicality would have absolutely helped with that. Knocking guys off their spots, bumping them when they run through screens, maybe a hard foul once in a while, just something to be a little bit physical with the Knicks to let them know they weren’t going to get any easy shots.

And this wasn’t a one game thing. It’s been happening for the last few games. Teams have been way too comfortable against the Thunder which has led to them giving up more than 110 in eight straight games. Their once top 10 defense is no more and they need to get back to that if they want to start winning more games.

Gotta Be Better In the Paint

There were way too many shots at the rim and in the paint in general that the Thunder missed that would have certainly helped them at points in the game which could have turned the tide for them.

Shooting above 50% from the floor for a game is fine but they should be in the high 60s to 70s in the paint and they haven’t been there. A lot of missed floaters and bunnies have been missed. Not sure what the issue is but these are makable shots and when your defense isn’t there then you probably don’t want to miss easy shots that you otherwise need.

Where Did the Defense Go??

The Thunder were a top ten defense when healthy last season and they were top ten early this year but for some reason it seems that when the offense started to pick up they stopped giving effort on defense.

You could say that it’s just teams hitting shots but it’s very clearly not that. Thunder have had a lack of attention to detail on the defensive end and it hasn’t been fun to watch. The offense is clearly there and they clearly are able to play defense at a very high level but they aren’t for some reason.

They talk about it after every game because they know giving up more than 110 every night isn’t going to win you many games. However, it’s one thing to talk about it, you have to go out there and do it.

Defense is mostly about effort and the Thunder haven’t really been giving effort on that side of the floor lately and they need to get back to it asap.

The Thunder were led by Shai Gilgeous-Alexander who continues his very hot start to the season with his 30 points, 7 assists, and 5 rebounds. Lu Dort got out of a little funk and was great with 24 points and 8 rebounds while Giddey was also good with 18 points, 9 rebounds, and 7 assists. Jalen Williams had his 5th straight double digit game and was solid off the bench with 13 points and 4 rebounds.

They will look to get back in the win column on Wednesday night when they take on the Nuggets for the third time this season. 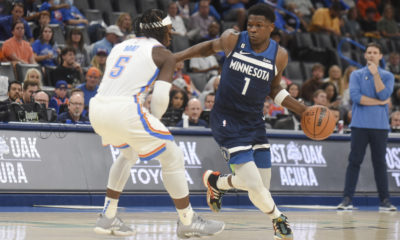